The face of "The Magic of Books"

AS PORTRAYED BY
Andrew Lee Potts

OTHER ASPECTS: Books can be more real than reality; Let me help you; I think I read that in a book once

STUNTS
Supreme Concentration (Discipline): Dwayne’s Discipline is considered to be Fantastic whenever Discipline would restrict, complement, or otherwise modify another skill. This has no effect on his actual Discipline rating when the skill itself is being rolled.

Read the Surface (Empathy): Dwayne can get a sense of someone quickly when trying to “read” them. His first attempt to read someone takes less than a minute of interaction, instead of the usual ten. Any subsequent efforts with the same person do not enjoy this benefit.

Capable Researcher (Scholarship): Some say Dwayne was born in a library. Any scholarly research he does is completed two time increments faster than usual — due in large part to the fact that he’s probably read something about it before. This does not affect Lore based research.

NOTES
Dwayne works at The Magic of Books bookstore in New Haven. He’s been friends with Daniel Benjamin since high school. 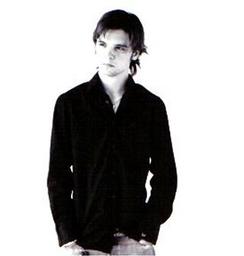