(Hopeful) Up and Coming Actor

AS PORTRAYED BY
Cary Elwes

OTHER ASPECTS: Over the top actor; The show must go on; How did I miss that!?; Thank you, I’ve been practicing

STUNTS
Impersonator (Performance): Given a few hours to study someone’s behavior and modes of speech, Eric may imitate their mannerisms and voice, using Performance instead of Deceit to convince someone he is that person.

Off-Hand Weapon Training (Weapons): Eric knows how to fight more effectively with two weapons in hand. He may add half of the second weapon’s bonus to the damage bonus of the first weapon (round up).

NOTES
Eric has been involved in some minor plays in New Haven but he aspires to be a movie star. He’s a member of the SAG and has managed to do work on a few films as an Extra, which was coordinated through an agency in NYC. He’s had more than a couple “near miss” experiences with the occult but he never seems to be directly involved in any incident. The supernatural world itself always seems to hover just out of the corner of his eye. He’s visited The Magic of Books a couple times in order to try and make sense of the things that he has experienced. 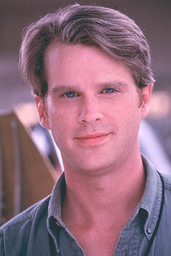