AS PORTRAYED BY
Jackie Earle Haley

OTHER ASPECTS: Secret past life; Indebted to the Kane’s; “I’m getting too old for this”

STUNTS
Like the Back of My Hand (Driving): Phil’s knack for shortcuts gives him a +2 to Driving when using it for street knowledge and shortest-path navigation.

Lethal Weapon (Fists): Phil’s hands are lethal weapons. When using Fists to strike an unarmored opponent, he is considered to have Weapon:2. Against opponents with Armor:1, his Fists attacks are Weapon:1. There is no benefit against more heavily armored opponents.

Subtle Menace (Intimidation): He doesn’t need the upper hand or to be in a position of power in order to be scary to someone. When the context of power is absent, or Phil’s victim is actually in a superior position, his victim does not get any advantage bonus.

Finely Tuned Third Eye (Lore): Phil’s “sixth sense” that can perceive the presence of a supernatural “ick” factor is unusually sensitive for a pure mortal. He gains +2 to his Lore whenever using it as an Alertness substitute to pick up on the presence of the supernatural.

NOTES
Phil goes way back with John and Martha Kane. He’s been working with them since they opened up the store. He doesn’t talk about what he used to do before then, but it’s apparent he wasn’t your run-of-the-mill hippie. When John and Martha retired he decided to stay with the store, at least long enough to help Charlie with the transition. He’s got more of an intuition for the supernatural than most typical mortals. 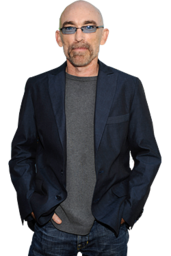